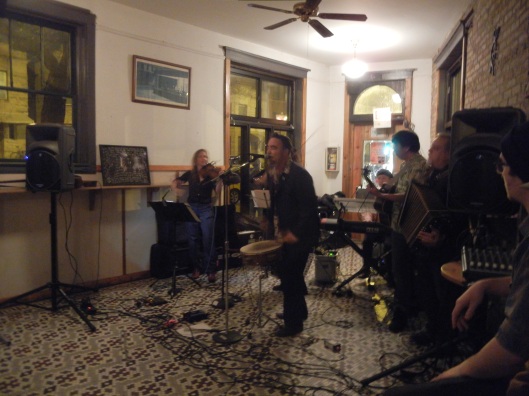 PdP held a record release party at Gman Tavern in Chicago on March 21, 2013. First was a small reception hosted by WXRT and Joe Shanahan of Metro which included a viewing of the DVD and a short set by Frank Orrall Susan Voelz, Max Crawford, Rick Gehrenbeck, Ted Cho, Inger Carle and Anne Harris. Then the party opened to the public and a second set of music where the band was joined by Charlette Wortham and Robert Cornelius. A very fun, informal night!